Blade Runner Was Set in 2019. What Did It Get Right About Real Estate? 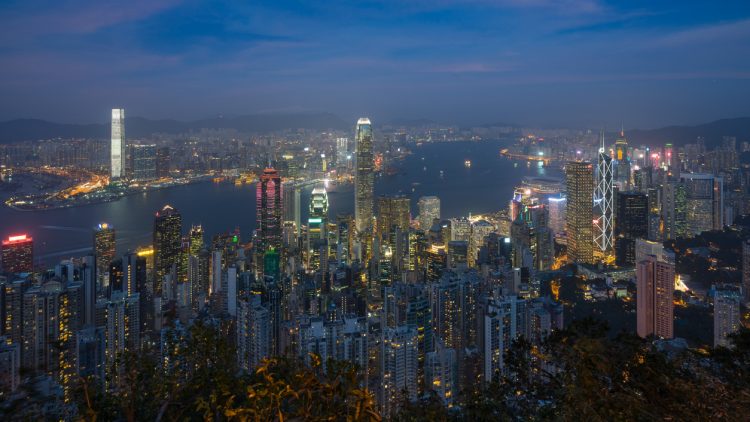 The beloved sci-fi cult film Blade Runner, starring Harrison Ford and based on the novel Do Androids Dream of Electric Sheep? debuted in 1982. The story was set in a bleak, rainy Los Angeles of 2019, and concerns police officer Rick Deckard (Ford) who is tasked with hunting down “replicants” on the loose who seem to be “more human than human.”

Recently, Bisnow London took a look at what the film got right and wrong about the city of the future.

Here’s what the film got right:

Density
The film shows Los Angeles 2019 as densely populated, “crawling with people packing the pavements, queuing to sit at street food stalls (a spot-on prediction) and jostling for an inch of space.” Deckard lives on the 97th floor of a skyscraper, but he is hardly at the top. This suggests the need to build “up” to house fast-growing urban populations, particularly in China and other large Asian metropolises.

High-definition video
The film’s style is 1940s film noir, but designed with immense video and neon advertising, reminiscent of a 21st century Times Square. The film is successful in predicting the way advertising infiltrates the public realm.

The advent of technology companies
The organization in the film, The Tyrell Corp., manufactures “replicants” and pervades every aspect of life. The company’s main headquarters is a city in of itself, mirroring a Mayan temple. The police department, on the other hand, is old and decrepit. The police force is tasked with hunting down the replicants that have gone AWOL.

The article states:  Apple’s circular HQ, a huge facility referred to by the company as an infinite loop, evokes perpetual continuation and has the same spiritual connotations. And once inside, Tyrell’s amoral genius chief executive has the ability to control his environment via voice control, including reducing the amount of light in the room, which is already de rigueur in the most bleeding edge tech-led offices.

Almost but not quite:

Climate change
Although the LA of Blade Runner is consistently thick with smog and saturated with rain, climate change has not yet advanced to the point where LA is contending with this. However, large cities like Beijing are currently dealing with serious environmental issues like air quality.

Flying cars
Yep, we’re still waiting for them, even though now we have drones in the skies (and Uber). In fact, the article states that Uber may have a prototype vertical takeoff vehicle by 2020 and hopes they will be in use by 2023.

Architecture
The skyscrapers of Blade Runner are clunky and mechanical looking, even though the taste today leans toward the tall and narrow. Still, “some buildings like the Grand Lisboa Hotel in Macau seem to have been directly inspired by the film, especially when viewed from angles like this. UBS’ London HQ was explicitly designed to resemble an engine block.”

What it got wrong:

The hollowing out of city centers
When Blade Runner was released in 1982, cities were still in decline, and the suburbs continued to welcome middle-class families. Here, in the film, parts of the city are abandoned and dangerous, even though the city seems to be bulging with crowds. Of course, today, downtowns are in revival mode, and increasingly gentrified.

The closed office
No open-floor or coworking plans in the film, not even at Tyrell, the big tech company. Also, we see people smoking in the office.